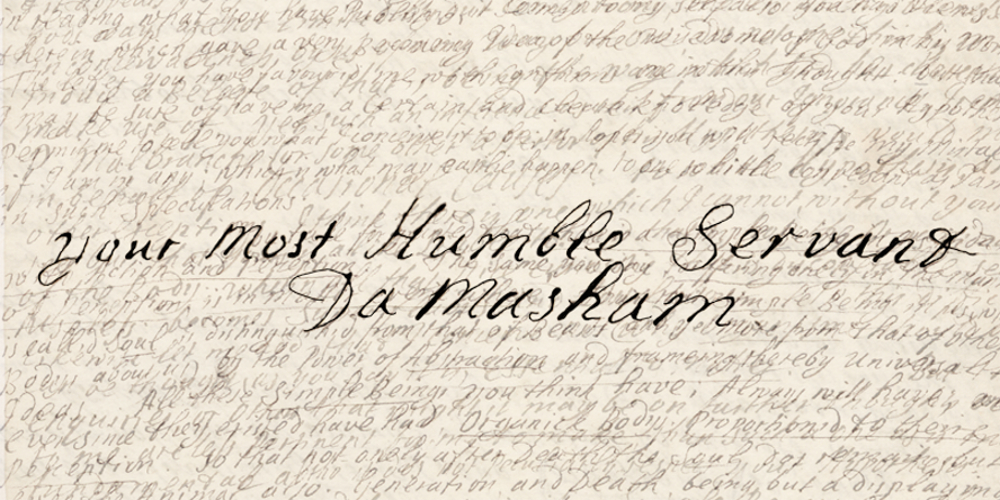 Project Vox seeks to highlight philosophical works from marginalized individuals traditionally excluded from the philosophical canon. On the Project Vox team, we define marginalized voices as those not included in the European male-centric canon, which generally excludes people of color. Although these marginalized voices were often popular in their time, through historiographical and institutional efforts their voices were obscured from philosophical study. Our project, therefore, is to offer an accurate historical record of the philosophical ideas and people throughout history. Project Vox began with a focus on early modern women. However, the year 2021 marked a shift, as the philosophers newly featured on Vox lived outside of Europe (Sor Juana) and beyond the early modern period (Lady Mary Shepherd). We are committed to continuing to expand and challenge the history of philosophy by promoting inclusivity and diversity.

The website has three primary goals. First, it seeks to provide students at all levels with the materials they need to begin exploring the rich philosophical ideas of individuals excluded from the canon. Second, it aims to provide teachers with the material they need to incorporate these figures into their courses. Third and finally, it aims to help transform our current conception of the canon.

How will our website accomplish these goals? Answering that question brings us to realize that three major impediments have prevented scholars from including women and marginalized voices in the canon. First and foremost, there is the unavailability of texts: many works by these figures are out of print, available only in rare or inaccessible editions, or have never been translated or published in a critical edition. Several of our advisory board members—e.g., the late Eileen O’Neill on Cavendish and Lisa Shapiro on Princess Elisabeth—have edited and produced editions to help rectify this situation. However, far more needs to be done. One project of our website, and of the international network (see Advisory Board) behind it, is to make philosophically salient texts by marginalized voices more readily available through both traditional editions and through digital publishing.

Second, the lack of an extensive, long-standing scholarly literature hampers the work of graduate students and scholars. A historian of philosophy who wishes to write about Cavendish’s work in natural philosophy, or Du Châtelet’s views of Newtonian science, must often strike out on her own, with few books and articles to serve as introductory guides (which normally provide the lay of the land). One of the major goals of our website is to foment the development of a robust scholarly literature.

The third and final impediment is that the vast majority of courses in philosophy—whether undergraduate or graduate—do not yet include the voices of women or people of color. As each new class of undergraduates heads to graduate school, and as each crop of newly minted PhDs takes up professional positions, those non-white male voices are often still ignored. We hope that the website can help to break this vicious cycle, replacing it with a virtuous circle: as more instructors use the website and transform their courses, a new generation of philosophy majors will be introduced to the contributions of women and people of color outside of the traditional canon, a development, in turn, that will influence the interests of graduate students and ultimately of future instructors.

The Project Vox website is part of important scholarly developments that have taken place in recent decades. In the last generation, traditional narratives have been challenged by two important developments. First, historians have recognized that many “non-canonical” philosophers—from Henry More and Walter Charleton in England to Pierre Gassendi and Antoine Arnauld on the Continent —played important roles in the development of philosophical ideas. Second, they have acknowledged that traditional narratives have often excluded other figures—such as the “scientists” Robert Boyle and Isaac Newton—who also contributed to philosophy’s development. (Science and philosophy were indistinct in this period.)

In 2014 a project team formed at Duke University to build a website that could help support the incorporation of non-canonical philosophers into research and teaching, and they launched the Project Vox website in March 2015. (A portrait of the original project team is included below.) It serves as a publishing platform for detailed philosopher entries, transcriptions, translations, and image collection; a blog sharing stories of philosophy research on marginalized voices; and a space to share educational materials. The Project Vox website will be the virtual hub for an international network of scholars to work together in expanding our research and teaching beyond the traditional philosophical “canon” and beyond traditional narratives of modern philosophy’s history.

Unless otherwise noted, all site content is released under a Creative Commons Attribution 4.0 license. ISSN 2381-4608